Ever popular award-winning Chief Economist Paul Bloxham will be returning to host the Economic Indicators 2021, which will see FINSIA again partner with The Australian Property Institute for this prestigious event.

While some pessimistic analysts were predicting a 10% dive in house prices midway through the pandemic, recent  forecasts have done a 180-degree turn with a growth rate of 5% next year and 6% in 2022 for Australia’s capital cities. And New Zealand has seen house prices soar 20% over the past 12 months, sparking real fears of a property bubble.

But this time last year, 20% property price rises for Brisbane were being predicted over the medium term. That was before COVID-19. And current clearance rates there are lagging behind the other capitals.

It is clearly going to be one of the most fascinating sessions of our annual event that is in its 12th year.

Will the rise of the suburbs continue as property investors and homeowners flee the CBD? And what will happen with the rental market with the wind down of JobKeeper and the scaling back of JobSeeker payments next year?

Participants may be able to apply 1.5 hours towards meeting their annual continuing professional development obligations. It is the individual's obligation to determine relevance of CPD to their license conditions. 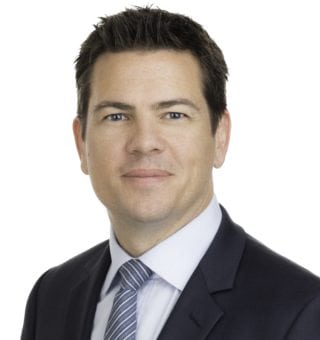 Paul Bloxham is HSBC’s Chief Economist for Australia, New Zealand and Global Commodities and is a Managing Director. He is chief spokesperson for HSBC on forecasts and trends for the Australian and New Zealand economies and their interaction with global financial markets and international economies. Paul is also a key spokesperson on HSBC’s unique view on global commodity markets and works closely with HSBC’s global equities team. He is also a member of the Australian National University's Shadow Reserve Bank Board and is an Adjunct Professor at Curtin University.

In 2017, Paul’s team won Focus Economics awards for best overall forecaster for each of Australia and New Zealand. Prior to joining HSBC in 2010, Paul Bloxham spent 12 years as an economist within the Reserve Bank of Australia's Economic Analysis Department. Paul holds a Master's degree in public financial policy from the London School of Economics. Michael Sukkar was elected to the Federal Parliament representing the seat of Deakin at the 2013 federal election, and was re-elected at the 2016 and 2019 elections.

He has lived, worked and been a part of the Deakin electorate for his whole life. He is passionate about the local community and understands the issues that concern residents.

Prior to entering Parliament, Michael spent several years working as a lawyer with the firm Ashurst Australia (then known as Blake Dawson Waldron) where he was a Senior Associate, and worked as a Senior Consultant at PricewaterhouseCoopers, where he specialised in taxation.

Since entering Parliament, Michael has been a vocal advocate for his community, fighting to deliver better outcomes for the people of Deakin. In particular, Michael is dedicated to improved infrastructure, community safety, and supporting local community and sporting groups.

Michael is honoured to represent the constituents of Deakin in the Federal Parliament. He is currently the Minister for Housing and the Assistant Treasurer in the Morrison Government. He has previously served in the Ministry as Assistant Minister to the Treasurer and on a number of parliamentary committees, including as the Chairman of the Parliamentary Joint Committee on Intelligence & Security.

Michael is married to Anna, and they have two sons, Leo and Nathan

Leigh is a National Director of Research, based in Brisbane.  He leads JLL’s residential and alternative sectors research nationally, as well as overseeing Queensland research across all sectors. He also has responsibility for coordinating the firm’s macroeconomic research.

Leigh re-joined JLL in June 2017. He previously worked for JLL for 10 years between 2004 and 2014 and spent the past three years with LaSalle Investment Management. In his previous stint with JLL, he has held national roles leading both office market and retail market research and has provided strategic consulting services to a wide range of private and public sector clients. During his time as national head of Research and Strategy for LaSalle, Leigh was heavily involved the underwriting and investment committee process for numerous major transactions across all sectors, as well as contributing the development of local and regional investment and fund strategy. In his role as Revolut Australia CEO, Matt is responsible for launching and expanding Revolut’s product offering in the Australian market. He oversees all aspects of operational and financial performance including licensing, regulation, product development and hiring.

Matt is a strategic and people-oriented leader with an entrepreneurial spirit and over 15 years of diverse experience across B2C businesses facing disruption or significant regulatory change. His experience in the financial services sector and consumer banking ranges from being part of a startup through to working within an established ASX listed company. Prior to his role at Revolut, Matt has held the positions of Head of Retail Banking and Group CFO at the Bank of Queensland, and Managing Director of Virgin Money Australia. April Cavanagh is Suncorp’s Head of Agribusiness, a senior executive role within a Bank steeped in rural Queensland history, based in Toowoomba. April is passionate about Agriculture and Regional Australia. Across her 20-year career she has gained diverse experience in Financial Services, Agriculture, and Manufacturing having worked in Brisbane, Sydney and London before returning to Regional Australia.

She is highly respected for her dynamic leadership style; track record of transforming businesses and ability to get the job done. Through her role at Suncorp and work in the community, she has built an excellent network of contacts throughout Regional Australia. Originally from Outback NSW, she is married to Luke and mother to three boys. Renowned as a passionate leader in the community, April values making a difference and giving back. She has taken an active role championing diversity within her team, the wider bank and her community as well as supporting several other community endeavours including the Toowoomba Hospital Foundation. April is also on the Board of Toowoomba Surat Basin Enterprise (TSBE) and Toowoomba Grammar School. Leanne leads the state’s tourism marketing, experience development and major events agency to achieve its vision of ‘inspiring the world to experience the best address on earth’.

Leanne’s broad industry experience includes senior executive roles with the Hyatt Hotel Group in both Canberra and Melbourne, before her return home to Queensland in 1996 to take up the role of Human Resources Manager at Tourism Queensland.

The role sparked a love affair with the Queensland tourism industry which has spanned Leanne’s career to the current day, holding roles as Executive Director Strategic Services, Executive Director Human Resources and most recently prior to being appointed CEO, overseeing TEQ’s partnerships with Queensland’s regional tourism organisations and
industry as Group Executive Destinations. 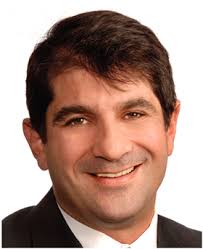 Ross co-founded QIC Global Infrastructure (‘GI’) in early 2006. Ross provides overall leadership to the team which currently manages 19 direct investments across 6 countries out of offices in Brisbane, Sydney, Melbourne, New York and London. He has had oversight as a member of the QIC Global Infrastructure Investment Committee of all of the team’s investments. In addition to his infrastructure responsibilities, Ross is also a member of QIC’s Executive Committee Management.

Ross has over 28 years of experience in the field of corporate finance and funds management with specialist skills in infrastructure, asset management, capital raisings and M&A.

Prior to QIC, Ross was with AMP Capital from 2000 to 2005. He co-led the AMP team responsible for the creation of the Diversified Utility and Energy Trusts (DUET). After which he was seconded into the management joint venture between AMP Capital and Macquarie Bank established prior to DUET’s listing on the ASX in August 2004. He was DUET’s Chief Operating Officer until his departure to QIC. Prior to joining AMP Capital, Ross worked for ABN AMRO and BZW in their Australian Infrastructure Corporate Advisory and London M&A teams and with Ernst & Young in their Sydney Corporate Tax division.

Ross is currently a director of Pacific Energy and Generate Capital, and an alternate director of CampusParc.

11:30am AEST - Registration and Arrival Drinks Future of Finance 2021: Blockchain in the Finance Industry - How far will it go? Future of Finance 2021: Cryptocurrency is here to stay - What you need to know? This block is broken or missing. You may be missing content or you might need to enable the original module.
This site uses cookies to collect information about your browsing activities in order to offer you the best experience (keeping you logged-in, optimal checkout flow) and to analyze our website traffic.
By continuing to browse this site you agree to the use of cookies. Visit our privacy policy to learn more.
I understand